Both contractors and homeowners may find themselves in a situation where they are owed money relating to a construction or remodel job.  For a contractor, the situation may be that the homeowner never paid the full contract price for the construction project even though the project was completed as planned and on schedule.  For the homeowner, the situation may be that the contractor was advanced a sum of money for the construction project but never completed the project.  At Lunski and Stimpert, we can help you recover the money you are owed.

Contractors and homeowners may be engaged in disputes other than for construction defect.  A contractor may be investigated and/or cited by the Contractor State Licensing Board (“CSLB”) resulting from a complaint by a homeowner.  A contractor is entitled to a fair hearing on a complaint and may contest any citation issued by the CSLB.  Lunski and Stimpert have experience in protecting the interests of contractors who believe that they have been wrongly accused and that the CSLB citation is without merit.

Disputes between homeowners and contractors arise fairly frequently.  Tiny details pertaining to a construction or remodel project can sometimes fall through the cracks and cause tension and frustration for both the homeowner and contractor.  The resulting conflict can leave both parties feeling confused and disappointed. Often times neither party knows what the next step to take to move forward and resolve their dispute.  An attorney experienced in handling contractor disputes can help resolve these types of conflicts.

AT LUNSKI AND STIMPERT, WE HAVE EXPERIENCE ON BOTH SIDES OF CONTRACTOR DISPUTES, OFFERING YOUR CASE A DUAL-PERSPECTIVE ADVANTAGE 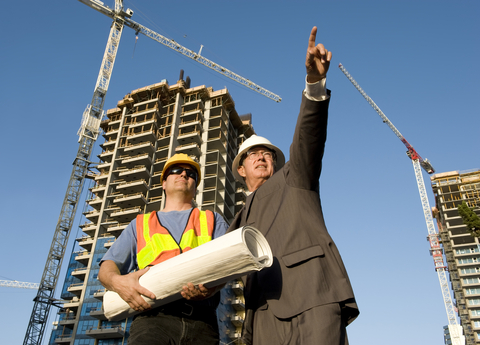 Contractors also have disputes with their surety bond companies.  In California, most contractors are required to post a bond in order to legally perform construction work.  If a homeowner enters into a dispute with a contractor and makes a claim for payment against a contractor’s surety bond, the bond company may pay out a claim that the contractor believes has no merit.  Mr. Lunski and I have experience helping contractors negotiate with their bond companies regarding claims to get the best possible outcome in such disputes.

A homeowner cannot sue to recover money paid to an unlicensed Contractor solely on the basis that he did not have the required license.  The work itself must be defective.  A penalty of up to three times the damages, in addition to the actual damages that the owner incurred, may be awarded to a homeowner who successfully sues an unlicensed Contractor for damage arising out of work for which a license is required.  A Contractor cannot sue and recover payment for home improvement work that requires a Contractor’s license, if he or she has not substantially complied with the licensing laws. To recover, the Contractor must prove that he or she had the necessary license(s) at the time the work was done.